Steve Worley – Vocals: Steve hearkens back to Internal Bleeding’s original growlers of the early and mid 1990s. He’s got an incredibly heavy voice that is truly distinct and powerful. He is a veteran of the scene, having been vocalist for underground legends Sacrificial Slaughters, and He has an impressive stage presence that leaves crowds begging for more.

Chris Pervelis – Guitar: Chris is the founder of Internal Bleeding, and over the 25+ years of their history he has been the driving musical force behind the band. Relentlessly focused, driven and disciplined, Chris is a dynamic force to be reckoned with. His musical tastes vary greatly — from classic rock of the 60s-70s to bee bop and fusion jazz to blues. You can hear these influences on most every Internal Bleeding release. His uncanny ability to write riffs that are  both extremely heavy and memorable make him unique in the realm of death metal. He is very active in the underground as well, providing CD and website design services for numerous bands and labels.

Kyle Eddy – Drums: Kyle’s drum skills first came to the attention of Internal Bleeding in 2004. The band tapped him to fill in for Bill Tolley on the band’s second Onward to Mecca tour. Kyle is a talented drummer who brings youthful enthusiasm, an impeccable sense of timing and thorough understanding of groove to the band. His competitive drive, boundless energy and talent will help propel the band into the future.

Ryan Giordano – Bass:  Ryan is known for his thunderous bass tone. His bottom end provides a solid anchor for the band’s riffs and an adds an unmistakable depth and punch to every song. He honed his skills in the early 2000s touring and writing with underground stalwarts Mercy Blow and Fleshtomb. It’s only natural he joined the band, as he helped them throughout the 2018 touring season.

Chris McCarthy – Guitar: Originally the guitarist/vocalist/songwriter of metal/hardcore slammers Without Remorse, Chris joined Internal Bleeding as a touring guitarist during the summer of 2013, and went on to become a full-time member in 2015. His intense, no-holds-barred style of riffing and his ferocious backing vocals are now a critical component of Internal Bleeding’s sound. Just as much of a “hype-man” as he is a backing vocalist, his presence on the stage brings a surge of power and chaos to every show. 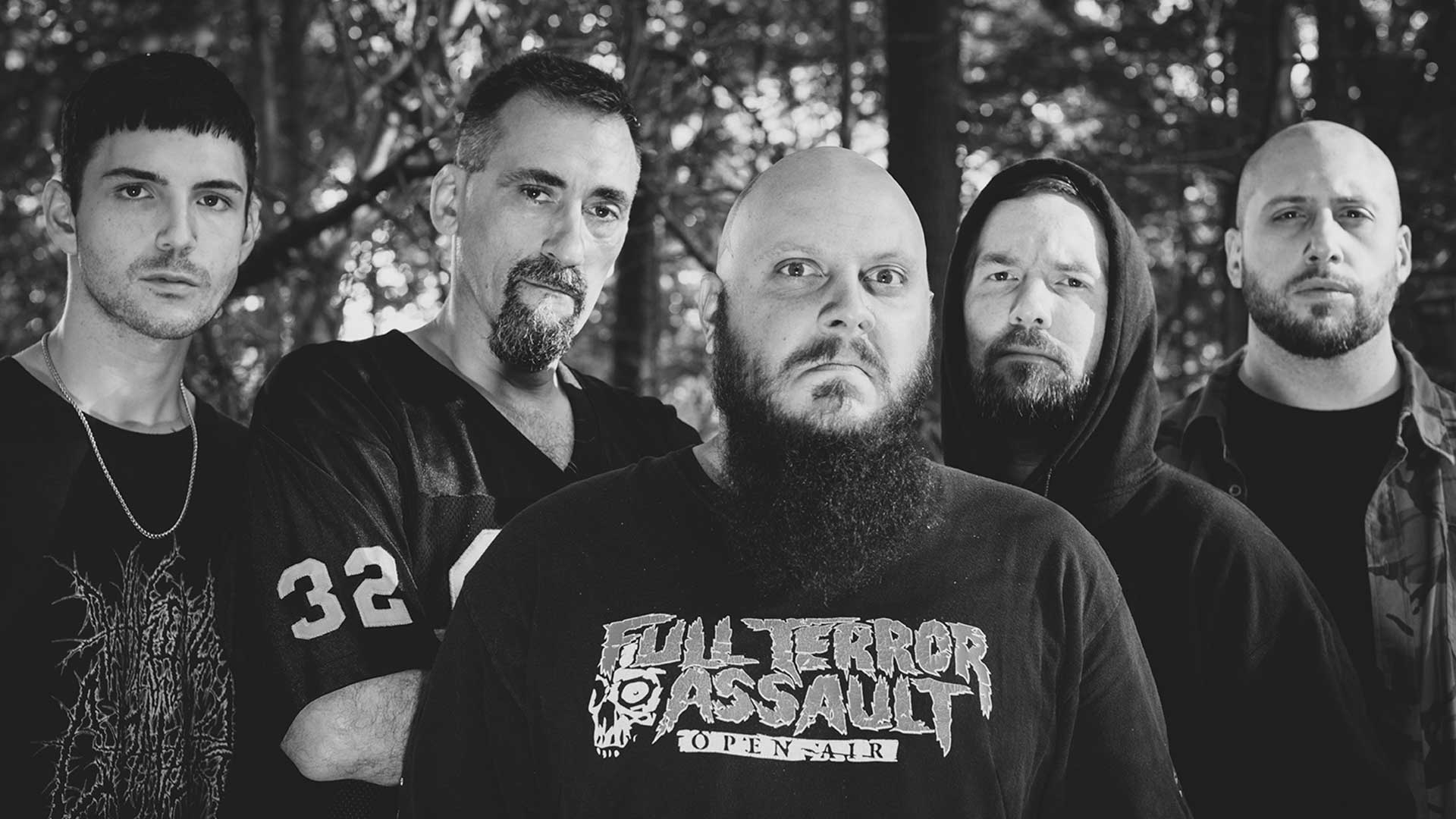